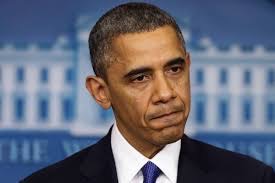 WASHINGTON DC:  American President Barack Obama after being severely criticized by US media on the recently bombing of hospital in Kunduz city of Afghanistan finally on Wednesday called the head of medical charity Doctors without Borders (MSF) to apologize for the deadly US air strike which killed twelve doctors of of MSF.
Obama called MSF chief Joanne Liu “to apologize and express his condolences for the MSF staff and patients who were killed and injured when a US military airstrike mistakenly struck an MSF field hospital,” spokesman Josh Earnest told reporters. MSF has demanded an international probe into Saturday s strike, which killed 22 people including twelve doctors who were serving on behalf of MSF.
« Obama under pressure to apologize for Kunduz bombing
No country can succeed without religious freedom: Kerry »