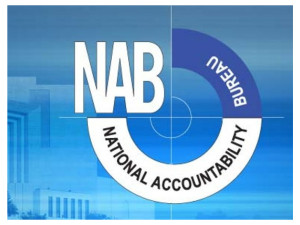 For those who rob this country if caught and arrested can offer to give an application of plea bargain to the National Accountability Bureau (NAB)  and be released right away. How does this make sense?
How can this be called justice and how does it stops others from committing such crimes in future? Actually it does not. What it does is that it encourages the robbers and thieves that even if they are caught they have an alternative of plea bargain where they can pay back half of what they have robbed and they will immediately be released.
National Accountability Bureau which has recently started building its image by arresting some known robbers and cheaters must not loose its credibility because every citizen of this country has started having expectations from them. National Accountability Bureau should make amendments in some of its clauses in order to deliver better results. One such amendment should be with regard to those robbers and cheaters who have cheated this nation and its citizens and who are now under arrest, should be allowed to plea bargain with NAB on a condition that even if their application is accepted they will spend at least three years in imprisonment and these years should have the benefit of holidays being included. Those convicted, which plea bargain obvious means that they did the crime should spend complete full three years in imprisonment.
Reports of plea bargains with Syed Masoom Shah, Ghazan Hoti, Qasim Zia and many more are causing damage to the image of National Accountability Bureau instead of improving it. There are no such examples of this sort anywhere in the world where an accused is released if he pays back half or more than half of what he has looted.
In countries like China government officials on charges of corruption if proved guilty are given death sentence and that is the reason why China is the biggest economy of the world today. In any first world country the back bone of their success lies in honestly and sincerely of their government employees and government officials perform their duties.
Pakistan is no different when it comes to the compensation, salaries or perks and privileges being given to government employees and public office holders which are between known as government officials in Pakistan. Our provincial minister, federal Minister’s, bureaucrats, judges, army, police or other officers are currently given hefty salary and perks by the national treasury and tax payers money and if they still choose to cheat this nation then there is no logic why they should not be given harsher punishment than the private individuals. General Raheel Sharif set a good example by recently awarding punishment to some former generals and this trend should continue.
NAB recently held a meeting with media owners and Press Information Department (PID) to see the corruption being done in release of advertisements By PID. Lets hope that meeting delivers some good results for those media houses which are bearing the brunt of PID while giving advertisements to their favorites ones on grounds of gaining financial or any other favor. Last month this newspaper was not included in the 6th September, Defence Day supplement by the PID, maybe NAB should start over haul of PID advertisements overhaul 6th September and should continue further.
The bottom line is that those who loot this country should not  get away in such simple manner as plea bargain. They should not only return the money they have looted, they should return it with interest and for they should spend at least three years behind the bars for tarnishing the image of this country, it’s respective departments and the faith and trust of the citizens of this country.
« Pope Francis urges world leaders to protect environment
Obama under pressure to apologize for Kunduz bombing »