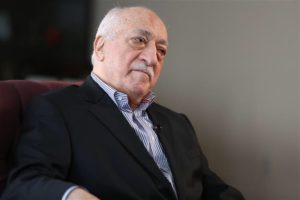 Turkish Ambassador to Pakistan Sadik Babur Girgin while addressing journalists in Islamabad two days ago said that Turkey expects Pakistan to close down twenty eight education institutions run by Fethullah Gulen, the US-based religious leader accused of masterminding the failed coup attempt in Turkey last week.
He said that “we have called on all friendly countries to prevent activities of this (Gulen’s) group.”

On September 16, 2013 an article of mine published in The Frontier Post titled “Thy Knowledge & thy intelligence = thy group.” In the said article it was written that “A source on Mother Earth has disclosed to The Frontier Post that on August 5, 2013 when the Chief of Turkish Army, Ilker Basbug was sentenced to life, the court that sentenced him was provided evidence with help of those students who were the graduates of Gulen School/college or Gulen University and after graduation these students are working in different government departments of Turkey. These students are properly looked after graduation as far as their jobs are concerned and it is made sure that they are placed in departments and areas where needed and required. Now coming to Pakistan; so the establishment of Turkish schools have already begun many years ago, starting from Karachi to Peshawar. It was reported in The Frontier Post yesterday that Tuscon Group is taking care of the arrangements of lunch of Prime Minister Nawaz Sharif, where he will be speaking to the business community of Tuscon Group. It was also reported that Tuscon is charging 100 Euro per businessman to attend the lunch. It will be better to say that PM Nawaz Sharif will be addressing the members of Tuscon Group instead of business community of Turkey. An the topping of the cake is that the Tuscon Group, Turkish schools of Pakistan and the Gulen schools are all the same thing; one community under one umbrella and under the leadership of Fetehullah Gulen. What role the students and faculty of these schools will play In coming years in Pakistan is left for time to tell.”

Thank you Mr Sadik for trying to wake us up. Let ys hope that we do wake up. Though it took Turkey itself three years to properly clamp down on supporters of Gulen, one wonders how long will it take Pakistan to realize the conspiracy behind Turkish schools which are being run by supporters of Gulen in Pakistan. Gulen’s loyalists roam around freely in every nook and corner of Pakistan collecting all sorts of data required. It is not yet clear what is the purpose behind collecting this data but it is certain that this data will not be used for any benefit of Pakistan.
PTI chief Imran khan before condemning the closure of Turkish schools should have had a deep study and research on these Turkish schools. Where as the silence of ruling government led by Prime Minister Nawaz Sharif about the Turkish schools in Pakistan is the depiction of sorrow state of affairs in Pakistan.
Maybe the civil and military intelligence agencies of Pakistan will wake up to the call of Turkish ambassador and will conduct inquiries to find out the true motives behind the Turkish schools in Pakistan. While conducting these inquiries it would be very beneficial if traveling record, associations and communications of those at the helm of affairs in Turkish schools ( both Turkish and Pakistani) are throughly probed. Chances are very likely that without much efforts dubious activities will be traced. 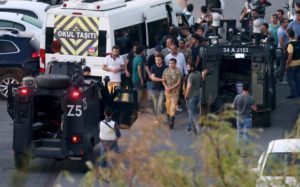 Comment by: Jalil Afridi
Turkish people created history yesterday by thwarting army attempt to take over democratically elected government led by President Tayyip Erdogan. Erdogan was on taking a vacation when a faction of Turkish army tried to make this illegal coup and topple his government. According to political analysts and Erdogan, the mastermind and planner of this coup is no other than Fatehullah Gulen, who resides in America and is among the top one hundred most influential people in the world. This connection of Gulen was also established when an army officer inside a tank in Ankara was arrested with a diary in his pocket which had things such as “if the coup fails, kill the civilians, destroy the infrastructure, Gulen loves you.” This is also not the first time that followers of Gulen has committed such illegal and criminal acts. Another failed coup attempt was made in 2012 by the followers of Gulen, who gets education from his education institutes around the world (including Pakistan) and are given guaranteed good jobs after their studies are completed.
Moving scenes were witnessed yesterday in Turkey, when a single and short message of Erdogan on Facetime led hundreds and thousands of Turkish people to came out on roads and demanded army to go back to their barracks. It were the civilians who made the army back off and get out of the government buildings and the civilians did that because they had faith in their leader, Erdogan. Political team of Erdogan are so loyal and dedicated to him and their country that one of his governor, Avni Cos from the province of Sakarya was seen outside the governor house with thousands of supporters holding a gun in his own hand.
According to latest reports, so far 161 civilians have been killed, 1440 injured and 2839 army officers and soldiers are arrested. There are also reports that some hostages, including civilians, government officials and army officers are held by some army officers loyal to Gulen who wants Erdogan to negotiate with them. But chances are very little that Erdogan will negotiate as he has already called these army officers as “traitors.”
Jubilations were witnessed all over the country when Erdogan plane landed at Ataturk Airport yesterday when he returned from his vacation. He termed the coup as “a gift from God” saying that this act would cleanse the military from the “members of the gang.”
Many Turkish citizens while talking to The Frontier Post regretted the biased attitude of international media saying that “in those few hours when army was in illegal action in Turkey, the international media did not condemn the atrocities done by the army and did not support the democratically elected government of Erdogan. ”
An eye witness in Istanbul, Abdullah while talking to The Frontier Post asked “how come the international media and western powers were not condemning while a few traitors of Turkey were killing civilians left and right?”
Another Turkish citizen Kamal while talking to The Frontier Post said that “we are proud of Erdogan to give a helping hand to refugees from Iraq and Syria. He cares for poor Muslims. He is the only true Muslim leader around the world.”
Coming 72 hours are very critical for Turkey. President Erdogan has asked Turkish citizens to remain vigilant and remain on streets to make sure things remain calm and no illegal or undemocratic acts are committed by any force. The followers of Gulen are not only in the army but also in civilians and other institutes. What needs to be seen is whether these followers of Gulen will make another undemocratic and inhumane move to make Turkey unstable or whether Erdogan will succeed to putting Turkey back on track and normalcy. 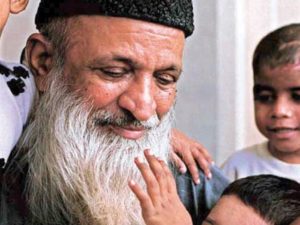 Jalil Afridi
Washington DC: John Kirby, the spokesperson for the US State Department while addressing daily press briefing stated that the US government is deeply saddened by the passing of Pakistani philanthropist, Abdul Sattar Edhi. John Kirby termed Abdul Sattar Edhi as “one of the world’s great humanitarians.” Kirby further said that “Edhi’s compassion, dignity, and humility serve as an example to us all. He led a life dedicated to serving others regardless of religion, class, nationality, or ethnicity. We offer our deepest condolences to his wife and his children, the millions that he personally touched, and of course to the people of Pakistan on this sad occasion.”