Deprecated: The called constructor method for WP_Widget in EV_Widget_Entry_Views is deprecated since version 4.3.0! Use __construct() instead. in /home/muhammad123/public_html/jalilafridi.com/wp-includes/functions.php on line 5304
 Mushahid haunted, FP stands for Pakistan – Jalil's Life
Jalil's Life 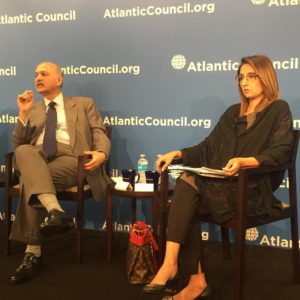 Jalil Afridi
Washington DC: At the Atlantic Council event where Senator Mushahid Hussain Syed and MNA Shezra Mansab Khan were addressing a conference regarding Indian atrocities in Indian Held Kashmir, the atmosphere turned very tensed when Senator Mushahid Hussain was haunted by dozens of questions against Pakistani establishment and Pakistan’s policies towards Balochistan, FATA, Afghanistan, Gilgit Baltistan and Jammu and Kashmir.
A well planned gathering asked Mushahid Hussain only those questions which were against Pakistan and not a single question was asked in favor of Pakistan or to highlight the challenges and sacrifices Pakistani people have rendered since last sixteen years when the US started its war against terrorism by attacking Afghanistan.
At one point the gathering even started raising hands in favor of each other’s questions and interrupting Mushahid Hussain while he was replying to the questions in very polite and amicable way.
At was at this point when this scribe asked Mushahid Hussain how Indian Prime Minister Modi on whose order more than one thousand Muslims were killed in a single day was not given US and UK visa for fifteen years was now enjoying cordial relations with America and whether seeing these changes in US policy made Pakistan build more stronger ties with China and Russia. Another question which this scribe asked Mushahid Hussain Syed was whether Pakistan should have done a better job internationally highlighting the challenges and sacrifices it was making while fighting terrorism. This scribe specially asked whether Pakistan should have done a better job highlighting the recently arrested India spy from Balochistan who was assigned to target innocent civilians in Balochistan and sabotage the China Pakistan Economic Corridor.
Mushahid Hussain in his reply stated that Pakistan started the change in its policy towards the US in year 2006 when the US signed the civilian nuclear deal with India. Mushahid asked agreed that Pakistan should have done a better job in past many years about the challenges and sacrifices it has made in fighting war against terrorism. He specially mentioned that dossiers should have been distributed by now to all the embassies around the world about the Indian spy, Kulbushan Yadav who was only an Indian naval officer and was arrested from Balochistan. He also mentioned that Pakistan should have also highlighted the Swat operation and sufferings of the people from FATA. He regretted the fact that the Reconstructions Opportunity Zones which were promised by the U.S. government for FATA never came into reality and millions of people from FATA saw the worse kind of sufferings due to war against terrorism.