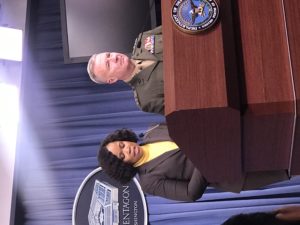 Jalil Afridi
Washington DC: Pentagon’s Chief Spokesperson, Miss Dana White along Joint Staff Director, Lt General Frank McKenzie while conducting the weekly press briefing stated that they are not aware of the presence of ISIS fighters in the Tora Bora area of Afghanistan.
In reply to a question by The Frontier Post whether Pentagon is aware of the reports that ISIS fighters are being dumped in or brought into Tora Bora, both Miss Dana White and General Frank replied in negative.
In reply to another question related to last month incident when the US Secretary of Defence James Mattis was arriving in Kabul from India and the Taliban attacked the Kabul airport, The Frontier Post asked whether Pentagon is holding any inquiry to find out how the Taliban came to know about the US Defence Secretary arrival in Kabul from India on a trip which was kept as top secret, Miss Dana said that no such inquiry is being conducted.
It is also pertinent to mention here that during yesterday press briefing when an Indian journalist askedabout the future cooperation of India and America in Afghanistan, Miss Dana White said that beside development work, it is also hoped that India will help Afghanistan in training its security forces. 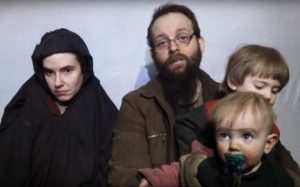 Jalil Afridi
Washington DC: Recently recovered abductee, Jashua Boyle contacted The Frontier Post yesterday and shared brief details of his release. The Frontier Post will be publishing his detail interview in coming days. Jashua said that he became Muslim in 2008 and right before his release by Pakistan army, when was still in the custody of the kidnappers and the firing had begun, the two kidnappers were arguing with each other whether to kill them or not but eventually the kidnapper with the gun refused to kill us because we were Muslim. 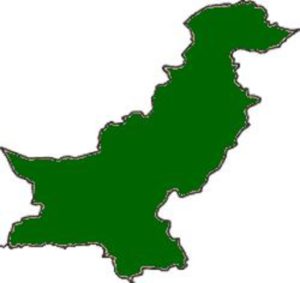