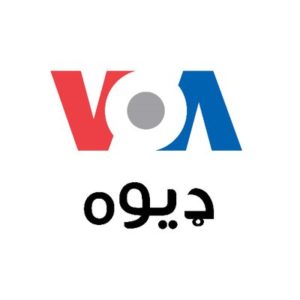 Washington DC: The Pakistani government after banning American funded radio Mashal for continuously airing anti Pakistan radio shows is now planning to ban the service of another American funded radio Deewa on the same grounds. Pakistan government feels that Deewa radio since last one year has continuously been airing programs which are intended to portray negative image of the country and provoking certain ethnicities against the Pakistani estate. It is pertinent to mention here that both of these radio channels are funded by US government and are managed by Broadcasting Board of Governors (BBG). whereas; the head office of Deewa radio is located inside the head quarters of Voice of America (VOA) in Washington DC.
A Pakistani Pakhtun living in America while talking to The Frontier Post said that although the mission statement of BBG on its website says that “the mission of the BBG is to inform, engage and connect the people around the world in support of freedom and democracy” But both these radios has not taken a single initiative to connect the Pakhtuns living in America with the Pakhtuns living in Pakistan or Afghanistan. He further said that there are thousand of Pakhtuns in America with either genuine issues or great talents but they are not being promoted by Deewa Radio. He further said that whenever one views the website or Facebook page of Deewa radio, it shows if Pakistan is ready to collapse any day and that the country is in complete mess. How come Deewa radio does not see anything positive happening in Pakistan, he wondered.
A journalist who works in Urdu service of Voice of America while talking to The Frontier Post said that “ I have no idea who is making the policy in Deewa radio because we in VOA Urdu service do not portray Pakistan in such a negative manner as
Radio Deewa does.” When asked if it could be the Director of South and Central Asia of Voice of America, Akbar Ayazi, who is originally from Afghanistan might be giving orders to Deewa radio for airing anti Pakistan content. The VOA Urdu staffer replied in negative and said that if that was the case then Urdu services of VOA would have been doing the same thing as Deewa radio. He further said that there might be a few individuals who are carrying their vandetta by using staff members of Deewa radio.
The interior ministry of Pakistan is also aware about the recent protest outside the Embassy of Pakistan in Washington DC. According to Pakistani officials this protest was organized by a lady named Habiba Ashna who continues to malign Pakistan in one way or another. These officials further stated that in some events in Washington DC this lady along with her other partner namely Masti Khan is seen raising concern about the people and province of Balochistan whereas now she is raising hue and cry about the Pakhtuns of Pakistan.
Pakistani officials are also upset with the fact that in the protest outside Pakistan Embassy in Washington DC there were staff members of Deewa Radio who are seen protesting along with Habiba Ashna. A Pakistani embassy official in Washington DC when asked whether federal employees of US government can stage a protest outside an embassy replied by saying that he is not aware of the US laws in this regard but wondered how the US embassy in would feel if such treatment was meted to them Islamabad. 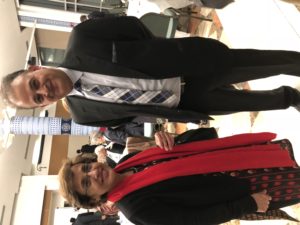 Jalil Afridi
Washington DC: Foreign Secretary of Pakistan said that Pakistan welcomes the recent statement of Afghan President Ashraf Ghani for opening the doors of negotiations with Taliban.
Tehmina Jangua while speaking to Pakistani journalists in Washington DC stated that Pakistan supports Afghan led and Afghan own dialogue process with Taliban.
Tehmina Jangua stated that her visit to Washington DC is part of the continued negations with America and hope that all the opsticles will be removed. She stated that Pakistan does not want to talk to America only about Afghanistan because Pakistan does not have the same kind of influence over the Taliban which they use to have and that Pakistan and America has much more business to discuss.
Foreign Secretary Jangua said that American concerns regarding Haqqani network and the sanctuaries are being addressed and those network are being pushed back into Afghanistan.
She also said that Pakisatan has also raised its concern over terrorists sanctuaries inside Afghanistan and said that better border management needs to take place between Pakistan and Afghanistan.
Miss Jangua regretted the fact that India is supporting terrorists organizations inside Afghanistan and using them against Pakistan. At the same time she also regretted that Indian has created a war like situation alongside the boundary and every day innocents Pakistanis are being killed by Indian firing.

Tehmina Jangua said that America has assured Pakistan that Afghanistan soil will not be used against Pakistan and both the countries are discussing better ways of border management.
The foreign secretary further said that Afghanistan is a brotherly muslim country and it is the common goal of Pakistan and America to bring peace in Afghanistan.
The Foreign Secretary said that we have requested the government to let Ambassador to Washington DC continue his work due to continued negotiations with America.
Miss Jangua with regard to Daesh presence in Afghanistan said that Pakistan is concerned about it and so are many other countries including Russia. She also requested that the word ISIS should not be used because the first letter name of ISIS starts with Islam and that it is not fair that a terrorists organization name begins with Islam.