Deprecated: The called constructor method for WP_Widget in EV_Widget_Entry_Views is deprecated since version 4.3.0! Use __construct() instead. in /home/muhammad123/public_html/jalilafridi.com/wp-includes/functions.php on line 5304
 Confusion persists about peace deal in Afghanistan – Jalil's Life
Jalil's Life 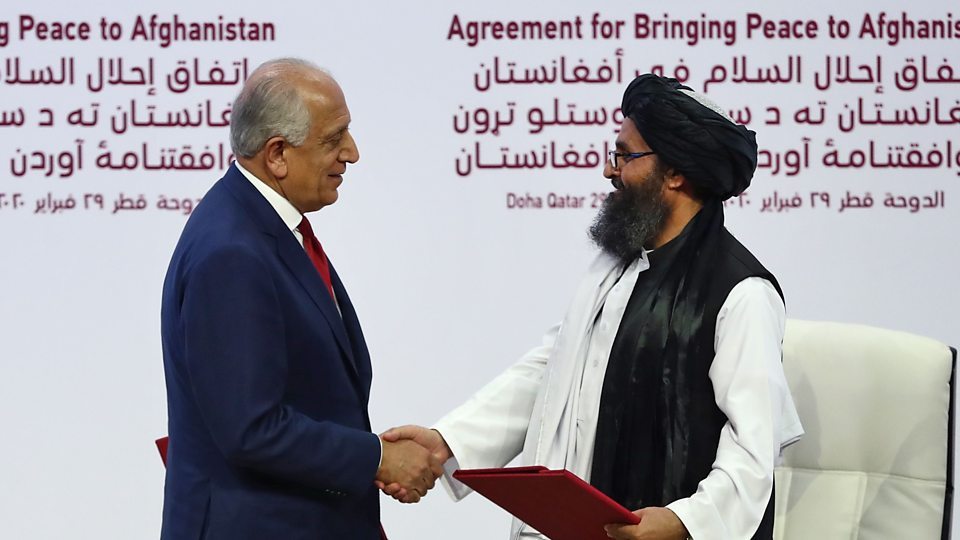 WASHINGTON DC: Confusion persists on whether the US government and Taliban are serious about the peace deal that was struck amongst them in February.
Pentagon Spokesperson, Comdr. Sean Robertson in reply to The Frontier Post said that “ The Afghan Government’s release of prisoners as a confidence building measure is a positive step to advance this process. We defer to the State Department to comment on the specifics.” whereas on the other hand according to news agency Reuters, US Defence Secretary Mark Esper few days ago stated that “both Taliban and Afghan government were not fulfilling terms.”
When The Frontier Post inquired about this statement of the secretary, another official of the Pentagon, Lt Colonel Thomas Campbell stated that “I have nothing beyond what he (the secretary) stated to offer you.”

American State Department official,
Hattenbach, Heidi on the other hand in reply to The Frontier Post said that “ definitely the peace deal in still on.”

Whereas Pentagon seems neither very optimistic or interested on the whole idea of peace deal. Taliban on the other hand, sees the two very different statements and approaches therefore had not even decided to cease fire during Ramadan.

President Trump’s special envoy to Afghanistan, Zalmay Khalilzad, who is known to be the orchestrator behind the peace deal between the US and Taliban is currently visiting Qatar, Indian, Afghanistan and Pakistan to clear the misunderstandings and to smoothen the peace process.
With regard to his meeting with Taliban leader Mullah Baradar, Zalmay tweeted after the meeting that “Lengthy meeting overnight with Mullah Baradar & his team in Doha. We sought progress on a range of topics: a reduction in violence, humanitarian ceasefire as demanded by the international community to allow for better cooperation on managing COVID-19 pandemic in Afghanistan.”

In his meeting with Pakistan Army Chief, Qamar Bajwa, beside seeking cooperation from Pakistan in holding peace and talks with the Taliban, for the first time a hostage named Mark Frerich was also discussed. Mark Frerich is an American and former navy officer who was working as contractor in Afghanistan and was kidnapped by the Taliban in January.

Although Zalmay Khalilzad is not known for bringing peace anywhere in the world he was posted in his previous assignments but he will try his best to calm down the Taliban who have increased their attacks in Afghanistan.
For Zalmay Khalilzad this peace deal is very important as it will be a good bragging point for President Trump to highlight his foreign relations skills during upcoming elections in America in November 2020.

According to The Diplomat, an American media house Zalmay’s role in Afghanistan has been controversial because he sidelined the Pashtuns and acted more like a “British Viceroy.”

According to some analysts the peace deal between the US and Taliban never gained much positive response since day one because neither the US was very serious in leaving Afghanistan nor did the Taliban expect the US troops to leave Afghanistan. Drone attack by the US forces in Kandahar last month which claimed lives of three children had also created bitter taste between the US and Taliban.