Deprecated: The called constructor method for WP_Widget in EV_Widget_Entry_Views is deprecated since version 4.3.0! Use __construct() instead. in /home/muhammad123/public_html/jalilafridi.com/wp-includes/functions.php on line 5304
 Uzbekistan aiming at Rail project from Termez via Mazare Sharif and Peshawar to Gwadar – Jalil's Life
Jalil's Life 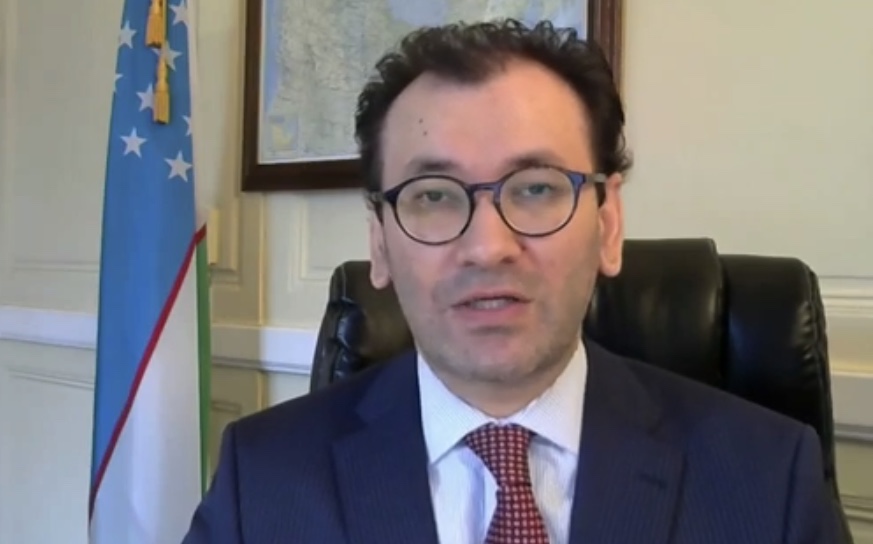 WASHINGTON DC: Ambassador of Uzbekistan to Washington DC Mr Javlon Vakhabov while speaking at United States Institute of Peace (USIP) stated that Uzbekistan is working to implement its desire of building rail road from Uzbek city of Termiz to sea port of Pakistan, Gwadar. He further said that the city of Afghanistan Mazare Sharif and Pakistan’s city Peshawar will be parts of this project.

Uzbek Ambassador  Mr Javlon Vakhabov also said that the withdrawal of American troops from Afghanistan is very necessary in order for peace process to be successful. He further said that Uzbekistan has longed to see  peace in Afghanistan and that is why the Tashkent conference was held in 1997 which had participation from all stake holders.

Mr Javlon also highlighted that Uzbekistan was top ten trade partners of Afghanistan and it exceeded over six hundred million dollars. The Uzbek ambassador further said that peace in Afghanistan means peace in Uzbekistan. He urged Afghanistan to take advantage of being the shortest trade route to South Asia. The ambassador also highlighted the importance of Pakistan and India in regional connectivity. In his concluding remarks Mr Javlon said that economic construction with out peace is not possible and therefore urged both the Afghan government and Taliban to show positive signs and compromises in upcoming dialogue process in Qatar, Doha.

It is pertinent to mention here that none of other participants mentioned anything about the rail Road project to Gawadar, the sea port of Pakistan and it seemed though the participants were caught off guard by the statements of Uzbek ambassador.

Mr Khalilzad was also happy to announce that thirty percent less casualties have happened in Afghanistan compare to last year. “ But we are still not happy with the violence taking place in Afghanistan” Mr Zalmay Khalilzad said.

Afghan ambassador to the United States, Roya Rehmani said that extremism grows when there is no hope and through economic development of Afghanistan thousands of youths can get jobs. She reminded the audience about the rich history between Afghanistan, Uzbekistan and Kazakistan. She also urged that through low tariffs, easy visa process and development of  infrastructure the three countries can have tremendous economic activities at ease.

Miss Roya Rehmani further said that it is part of US National Security to bring peace and economic development in this region.

Ambassador of Kazakistan to the United States, Mr Erzhan Kazikanov said that since last twenty years Kazakistan has been involved in the peace process in Afghanistan and that his country is looking forward to the peace talks between Taliban and Afghan government. Mr Erzhan further said that during COVID 19 his country has provided assistance of eighty million dollars to Afghanistan and that at present more than one thousand Afghan students are studying in Kazakistan. “ We are also providing scholarships to these students as well” the ambassador said. The ambassador also said that through mutual cooperation the menace of drug trade can also be eradicated. With regard to the withdrawal of US troops from Afghanistan, Mr Erzhan Said that “the only thing i can say is that Kazakistan wants the Safe withdrawal of US troops from Afghanistan. “