Deprecated: The called constructor method for WP_Widget in EV_Widget_Entry_Views is deprecated since version 4.3.0! Use __construct() instead. in /home/muhammad123/public_html/jalilafridi.com/wp-includes/functions.php on line 5304
 Political Gimmicks & National Interests – Jalil's Life
Jalil's Life 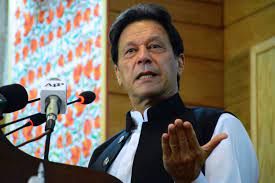 WASHINGTON: Since last two decades I have been seeing political gimmicks being given more priority than the national interests of Pakistan. Politicians are more interested in their politics meaning staying in power for longer period rather than the betterment of the country and its people.

Prime Minister Imran Khan and his government exaggerated quiet a bit about the tax recovery but honestly speaking, is tax collection really that difficult as the government portrays it? Are those living in beautiful houses in DHA, Behria Town and etc are paying their taxes?

When will our politicians get some self respect and integrity while dealing with the lenders? The very same institution which gives Pakistan loans are later tamed as some sort of vicious demons. If these institutions are demons then why every few years we go to them with a begging bowl.?

The drama of removing Hafeez Sheikh and bringing Shaukat Tareen is not even close to the drama of how Nawaz Sharif accused of hijacking an airplane and then becoming prime minister of the same country. Lenders are not going to get fooled by these dramas. And the planners of these dramas must know that it is because of them that Pakistan and Pakistanis are suffering.

Connecting military bases to IMF loan programme is another drama being played these days in Pakistan. An impression is being created that IMF is going to release its next payment after Pakistan agrees to provide military bases to America, after its withdrawal from Afghanistan. Who are we trying to fool?

The poor public of this country should not be blamed for the incompetence and corrupt practices taking place in the power corridors of this country. It is the elite class of this country who are so use to robbing the poor people of this country.  Government lands are sold, approved maps are changed, convicts are allowed to go abroad, sugar barons and ATM cards are paying for members of parliament, journalists give foreign policy headlines and what not is happening in this country. And when it comes to paying back loans, under trial NAB accused with loud mouth comes in picture and starts a new drama. When will we get some self esteem and integrity? When will we learn to fulfill the promises we make?

The two billion remittances from Pakistanis working abroad is not something to be proud of. It is modern day slavery. It is something to be ashamed of. An individual leaves his country and his family to earn living for the very same family that he leaves. And then our elite class  uses those remittances to throw books on each other in the parliament. What a shame.

Pakistani friend China is indeed sweeter than honey but it is not so sweet that it will pay back our entire loan to IMF and will let us get away from the clutches of IMF. Although IMF loan amount to Pakistan is peanuts for China but it is not going to do that. Whether we like it or not but it is the truth. The loans by China or the IMF are simply called loans and they must be paid back according to the agreements made with them. And to do that one must have integrity, self respect and the desire to give priority to the national interests.

Beside collection of taxes another vital issue of Pakistan is related to the energy sector. Again corruption and malpractices are the reasons for this sector to be in complete disaster.  The same sharks which were in this pond two decades ago are still munching on the same small fishes. The small fishes come and go but the big sharks are still the same except their sizes are much bigger now. Prime Minister Imran khan definitely has brought awareness but his awareness has landed the nation into learned helplessness where the people of this country are forced to learn that either it’s their way or the Highway. Some feel that being ignorant was better than this way of life and I am one of them as well who believe that being robbed at night is much better than being robbed in broad day light at gunpoint.

Political gimmicks needs to stop immediately otherwise we will cause this nation a loss which will not be repairable and there are many who wish to see Pakistan in that sort of turmoil.  Lenders, those from who have we borrowed money, must be treated fairly and fairness demands that we honor our commitments. Hiding behind curtains or creating dramas and gimmicks are not going to solve the problems of this country.

I would like to conclude by adding comment from Miss Teresa Dabán Sanchez who is IMF Resident Representative to Pakistan, “We welcome the strong and constructive engagement with the Pakistani authorities. We stand ready to continue supporting Pakistán to achieve the objectives of debt sustainability and strong and sustainable growth, through the implementation of the policies, structural reforms and social spending enhancement envisaged in the EFF-supporting program. As such, we are looking forward to our continued discussions with the Pakistani authorities on the set of policies and reforms that could form the basis for the completion of the 6th review under the EFF. “