Deprecated: The called constructor method for WP_Widget in EV_Widget_Entry_Views is deprecated since version 4.3.0! Use __construct() instead. in /home/muhammad123/public_html/jalilafridi.com/wp-includes/functions.php on line 5304
 IMF’s vague reply – Jalil's Life
Jalil's Life 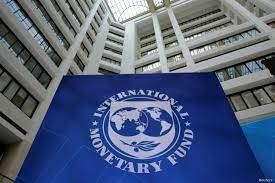 Washington DC: International Monetary Fund (IMF) media representative for Pakistan, Miss Randa Mohamed Elnagar  gave a vague reply to the question of The Frontier Post when asked whether IMF is requiring Pakistan that Reza Baqir, the Governor of State Bank of Pakistan be outside the domain and influence of the Prime Minister of Pakistan and the Parliament of Pakistan.

Miss Randa in her brief email reply stated “This appointment was entirely the decision of the Pakistani authorities.” The Frontier Post did ask for further clarification but Miss Randa did not reply to the request.

A senior foreign diplomat in Washington DC while discussing this issue stated that Miss Randa is probably telling that truth that IMF is not inserting any pressure on Pakistan and its is probably Pakistan who is providing the IMF full confidence and faith that their loans will be paid off on time by Pakistan. This diplomat further asked this scribe whether he has read the book of former US Secretary of State, Colin Powell where he wrote that when he approached Pakistan with six demands and expected two of them to be agreed upon but he (Colin Powell) was surprised to see that Pakistan agreed to all six demands.

Another diplomat while talking to The Frontier Post said that it is probably true that IMF has demanded of Pakistan that blue eyed boy of IMF, Reza Baqir , the current Governor of the State Bank of Pakistan be above the powers of the Prime Minster of Pakistan and its Parliament. This diplomat further said that Reza Baqir also has had the honor of bringing the Egyptian economy to the worst ever economic destruction of the country.

This diplomat all taunted this correspondent by saying “beggars can’t be choosers.”