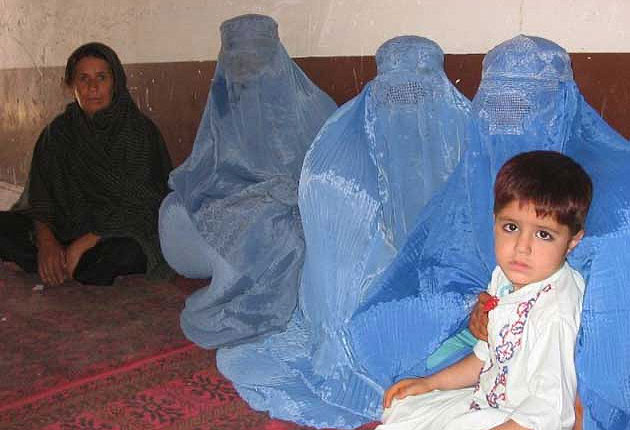 WASHINGTON: Twenty four Pakistani women along with their fourty six children are languishing in Pul-e-Charkhi jail in Kabul.

All of these women are arrested by the Afghan Intelligence Agency, NDS on charges of having affiliation with Daesh.

According to details officials of Pakistani embassy in Kabul visited the Pul-e-Charkhi jail in Kabul on 30th May this year and met with all of these women and have sent their interviews to Islamabad for onward communications with the Interior Ministry and NADRA to confirm their identities and locations.

Out of these twenty four ladies, six of them are from Punjab, one from Sindh, one from Balochistan and the rest of them are mostly from Orakzai agency.

Most of these women have completed their sentence but are still languishing in jail whereas one lady after finishing her sentence and being released was rearrested at Torkham border.

From the communication of Pakistani Embassy in Kabul, through letter number con15/202OKBL dated 8th June 2021 it can be clearly understood that most of these women are in jail because of the activities of their husbands who seems to be mostly from Afghanistan. Few of these ladies are still awaiting their trials whereas most of them were awarded one year imprisonment which indicates that they were not the real culprits.

One lady accepted being supporter of the Balochistan Liberation Army (BLA), a terrorist organization declared by Pakistan. Two women accepted being Daesh supporters out of which one was sentenced to seventeen years and has completed three years of imprisonment, whereas the other one is still under trial.

Majority was these women were arrested in Kandahar whereas couple of them from Jalalabad and Kunar in Afghanistan.

While talking to an analyst on Pakistan Afghan issues, he said that most of these women seem to have married Afghan nationals who were living in Pakistan during their refugees days and after seeing Taliban gaining ground in Afghanistan, they decided to come back to Afghanistan with their families and join the Taliban.

This correspondent tried contacting the US state Department to find out whether they were aware of these women, but no reply was received till filing of this report.

Another analyst while talking to this scribe said that “there are attempts made to malign Pakistan for supporting Daesh, but these accusations hold no grounds because Afghan nationals themselves are joining Daesh and fighting against the current regime of President Ashraf Ghani.”

It is pertinent to mention here that last week an investigation by BBC accused Kabul police officials of massive level of rape cases against women. “If they (Afghan Police) can rape them, they can accuse them of Daesh sympathizers as well” an analyst added.

It is also important to note here that Ansar Burney Trust has been playing an important role for the release of Pakistani prisoners stranded in different jails around the world and this communique by Pakistani embassy in Kabul also mentioned their name to seek their help about Pakistani women jailed in different prisons in Afghanistan.