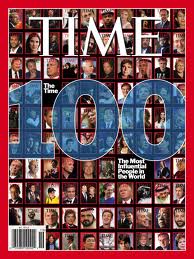 Jalil Afridi
Guess what, a new trend has started where education institutes have become the best breeding ground for intelligence and counter intelligence activities. A source on Mother Earth has disclosed to The Frontier Post that on August 5, 2013 when the Chief of Turkish Army, Ilker Basbug was sentenced to life, the court that sentenced him was provided evidence with help of those students who were the graduates of Gulen School/college or Gulen University and after graduation these students are working in different government departments of Turkey.
These students are properly looked after graduation as far as their jobs are concerned and it is made sure that they are placed in departments and areas where needed and required.
Fethullah Gulen the founder of Gulen schools has been ranked in TIME Magazine\’s \”World\’s 100 Most Influential People\” for the year 2013.
Mr Gulen is so humble that his name and picture is not placed in any school nor his name is in the directors or chief executive list
or any big company or organisation in Turkey. Then how he is chosen by Time magazine as 100 most influential people in the world, remains a mystery. Outstanding students of Gulen school were invited to White House as well where President Obama met them and praised them their intelligence.
Now coming to Pakistan; so the establishment of Turkish schools have already begun many years ago, starting from Karachi to Peshawar. It was reported in The Frontier Post yesterday that Tuscon Group is taking care of the arrangements of lunch of Prime Minister Nawaz Sharif, where he will be speaking to the business community of Tuscon Group. It was also reported that Tuscon is charging 100 Euro per businessman to attend the lunch. It will be better to say that PM Nawaz Sharif will be addressing the members of Tuscon Group instead of business community of Turkey.
An the topping of the cake is that the Tuscon Group, Turkish schools of Pakistan and the Gulen schools are all the same thing; one community under one umbrella and under the leadership of Fetehullah Gulen.
A leading American newspaper Los Angeles Times in its May 4th 2008 issue describes these schools in Pakistan as \”offering gentler vision of Islam.\” That was 2008, five years later Turkish schools have already built a great network of staff, students and locations through out Pakistan and even Afghanistan. How is that? asked one analyst, being totally shocked at this new method of networking.
An article written by Justin Vela on May 14, 2012 in The Atlantic with headline \”Inside Turkey\’s Secretive, Islamic \’Gulen\’ School Movement\” writes that \”how the schools are financed remains a murkier detail. Representatives of the movement claim there is no centralized bookkeeping system. Nor even a master roster of how many Gülen schools exist around the world. A senior Gülen movement member, who wished not to be named, told me that \”No accurate data is really possible on the number of schools since they are highly localized both economically and management-wise.\”
Turkish schools in Pakistan since last five years have been the most supported by Punjab Government led by Mian Shehbaz Sharif, who is impressed by almost everything of Turkey. But almost equal support has been provided to Turkish schools in other provinces including Sindh and Kpk.
What role the students and faculty of these schools will play In coming years in Pakistan is left for time to tell.