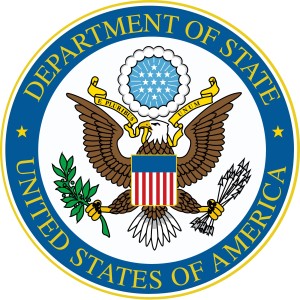 Washington, D.C.: A senior US official in an exclusive interview with The Frontier Post acknowledged that the dialogue which took place in Murree between the Taliban leadership and the Afghan official was of the most importance and significance so far because it was for the first time that the representatives of Afghan government participated in an official capacity with the Taliban leadership. He also appreciated the efforts of the Pakistani leadership in holding such kind of dialogue in order to bring long lasting peace in the region. He confirmed that both the U.S. and Chinese official participated in the dialogue process as observers.

In reply to a question about the Operation Zarbe Azab he said that the sacrifices rendered by the Pakistani armed forces will always be remembered and hoped that Pakistan will fulfill the commitment it has made to eliminate the terrorists networks without distinguishing between the good and the bad Taliban. He hoped that Internally Displaced Persons (IDP) will soon return to their homes in the Federal Administrative Tribal Areas.

The US official also appreciated the efforts of Afghan and Pakistan leadership for holding several sittings in recent months between the political and military leaderships of both the countries. He especially highlighted the statement of Prime Minister Nawaz Sharif calling the enemies of Afghanistan as the enemies of Pakistan.

When asked about the increase in Taliban attacks in different parts of Afghanistan since the American draw down, the US official was of the opinion that despite the increase of attacks by Taliban they have not been successful in achieving any territorial gains. He further said that the remaining ten thousand US troops will stay in Afghanistan for the years to come and the American annual fund of almost four billion dollars a year will also be continued for many years to come. He assured that America will not let Afghanistan fall into the hands of Taliban again and neither will his country let anyone use Afghanistan for their proxy wars.

With regard to Pakistan India relations, the US official welcomed the recent warm exchange of words between Pakistani Prime Minister, Mian Nawaz Sharif and the Indian Prime Minister, Narendra Modi at Shanghai Cooperation Organization summit in Ufa, Russia. He hoped that the two countries will resolve their differences in an amicable way.

When asked whether Pakistan has shared evidence with America of the Indian involvement in the terrorists activities in Pakistan, the senior U.S. official replied in negative.

To a question about to the recent US-Iran pact, the senior U.S. official said that he is satisfied and has faith in his president that the region will be more peaceful when Iran does not produce nuclear weapons. He was hopeful that concerns of the U.S. allies such as Israel and Saudi Arabia will soon be assuaged.

Regarding Pakistan-Iran gas pipeline he said that the future of the project will be decided after the sanctions are lifted from Iran. Going a step further into Pakistan’s energy crisis, he said that Pakistan first needs to improve its internal infrastructure of energy sources.He suggested that Pakistan should first concentrate on the huge energy resources it has available with in the country and then think about bringing a pipeline which is hundreds of mile away and which has to pass through difficult terrains.

This correspondent was amazed to see tears in the eyes of the senior American official when asked how the U.S. officials reacted when they heard of the Peshawar Army Public School incident. He replied by saying “I have my own children and I can imagine how the parents must have been shattered by this gruesome incident.”

« US draw down has left Afghans in uncertainty: Nafees
Pakistan to co host summit on peace: Dr Maleeha »