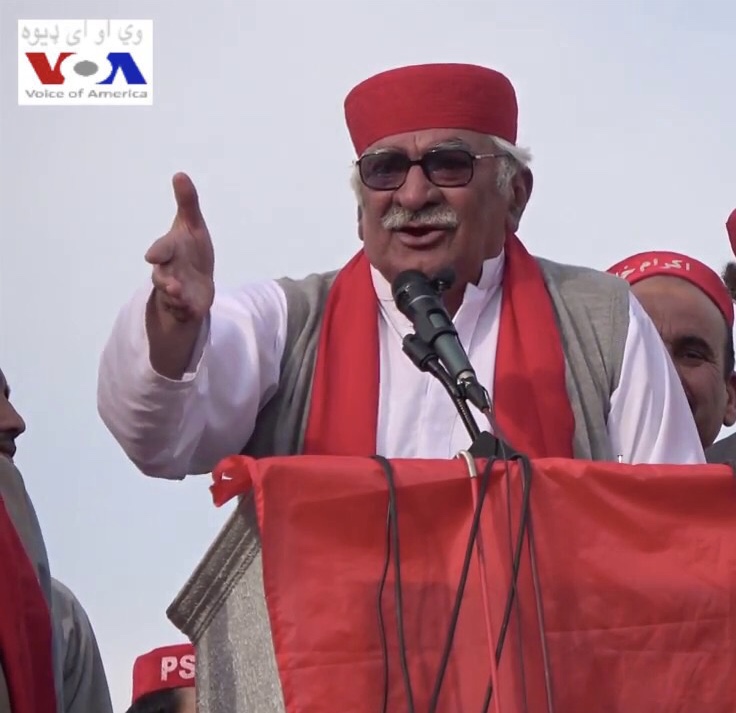 Washington DC: One would expect the President of Awami National Party ( ANP), Asfandyar Wali Khan to be speaking at some big thank tank or meeting senior government officials during his visit to America but instead he is no where to be found and he has decided to continue with his under ground activities. Wali who is currently in America, has visited both Washington DC and New York several times but he has kept his engagements very secret and has not met any Pakistani, US journalists or the Pakhtoon community. Asfandyar Wali who is known in Washington DC for either getting funds or selling ideas is visiting America at a time when Pakhtoon Tahaffoz Movement (PTM) is gaining popularity in America, Afghanistan and India. On the other hand old school Pakhtoon political leaders such as Asfandyar Wali, Mahmood Achakzai and Maulana Fazl Ur Rehman have completely disappeared from the national political scene and have been resting at their luxurious properties since their defeat in the last elections. According to reports, these three political stalwarts are working on strategies to find some sort of political ground for themselves while dealing with the PTM and the government. There is hardly any doubt left now that the PTM is getting, financial, moral and technological support from powers outside Pakistan. The recent statement of Afghan President Ashraf Ghani in favor of PTM has clearly brought a sour taste between Pakistan and Afghanistan especially at a time when Pakistan is playing constructive role in arranging dialogue between the Afghan Taliban and the US government and between the Afghan Taliban and the Afghan government. For Ashraf Ghani to give such a statement at such crucial times clearly indicates that peace in Afghanistan is not really his first priority. It is also pertinent to mention here that Shah Syed of ANP whose son is the son in law of Asfandyar Wali khan also resides near by Washington DC and has done big investments in the area.