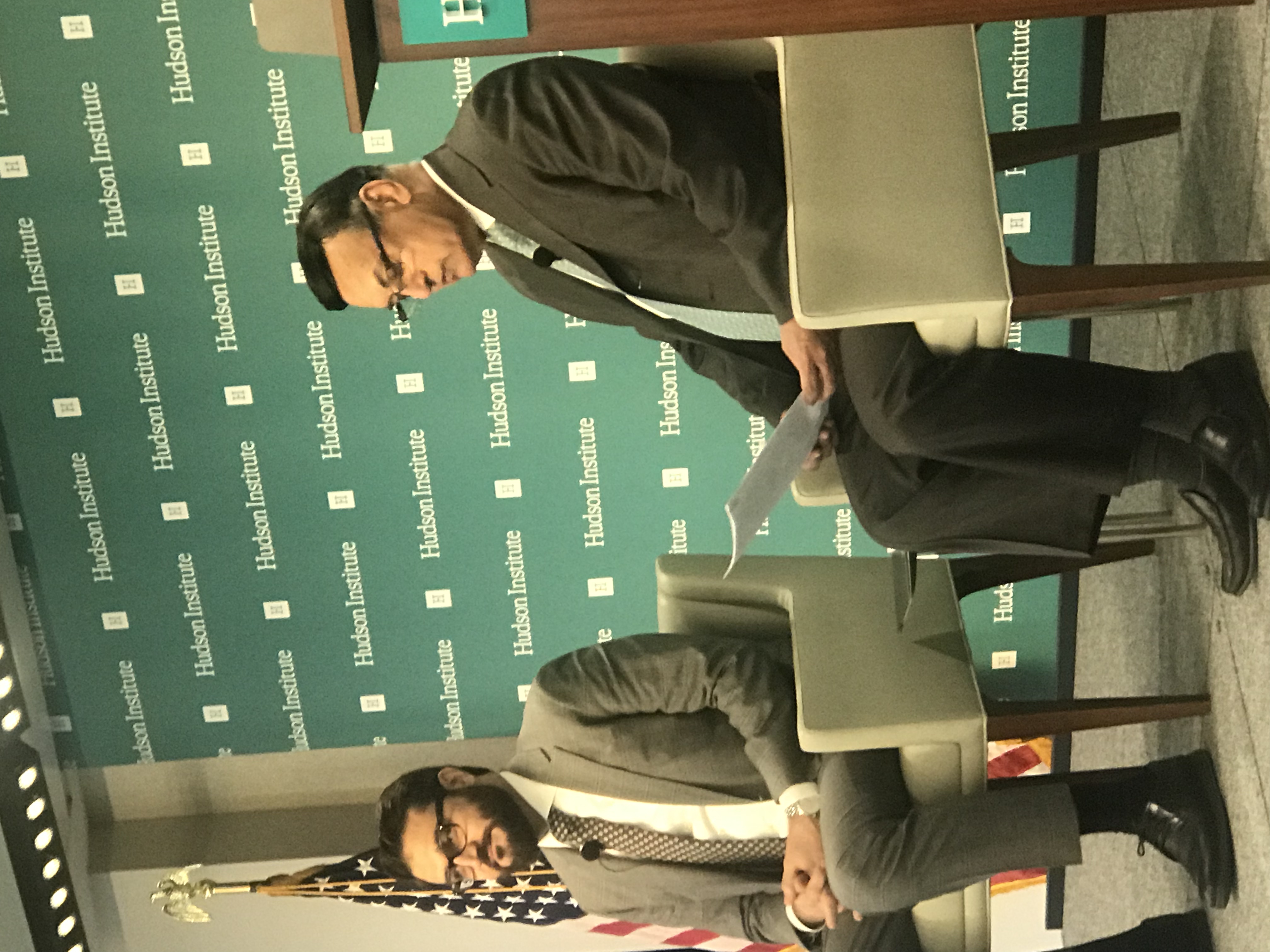 Jalil Afridi
Washington DC: Former Afghan Ambassador and presently National Security Advisor of Afghanistan, Hamdullah Mohib while expressing his reservation about the US led peace process with Taliban said that Taliban and terrorism are the same thing and urged the US government not to rush into negotiating peace with the Taliban.
In his speech at Hudson Institute, while giving a complete opposite view than Zalmay Khalilzad, who is the special envoy of US President Donald Trump for the peace process in Afghanistan and who is optimistic about reaching a peace deal with Taliban, the Afghan national security advisor said that the people of Afghanistan have serious concerns about the peace process being held in Doha.
While referring to the Taliban, Mohib said that “you can not leave a cat to protect milk.” Mohib asked the US administration for clarification about the peace process and regretted the fact that nobody from the Afghan government was included in the dialogue process. He said that the only peace agreement which will be acceptable to the Afghan people will be the one led and controlled by Afghan government.
In reply to a question whether Afghan government can stand on its own after the complete withdrawal of US troops, Hamdullah Mohib said that “we don’t owe anything to America and if America wants to leave Afghanistan, they can go ahead.”
While criticizing by Pakistan and its premiere intelligence agencies, Mohib said that Pakistan continue to raise non state actors and it is the policy of Pakistan to continue with such strategy and have influence in the world. He further said that Pakistan is playing its part in the peace process just to achieve its own goals.
In reply to question by The Frontier Post that the statements of Mr Mohib are completely different than what Mr Zalmay Khalilzad has been saying and that it was expected from his talk that he will be giving some good news about the peace process with Taliban, Mohib said that “ I am the good news.” To another question by The Frontier Post whether President Ghani not seeing any future for himself after the upcoming elections in Afghanistan has sent Mr Mohib to Washington DC to criticize the peace process which the US is leading and to criticize Pakistan whose efforts in peace process are acknowledged by Zalmay Khalilzad, the National Security Advisor Mr Mohib did not give any reply.
Some interesting happenings of the event were that during his speech Hamdullah Mohib had stated that he could even see some Taliban present at that moment at Hudson Institute where as coordinator of the event, Hussain Haqqani, the former ambassador of Pakistan kept on referring to Pakistan as “ the patrons.”
https://www.ustream.tv/channel/3625362