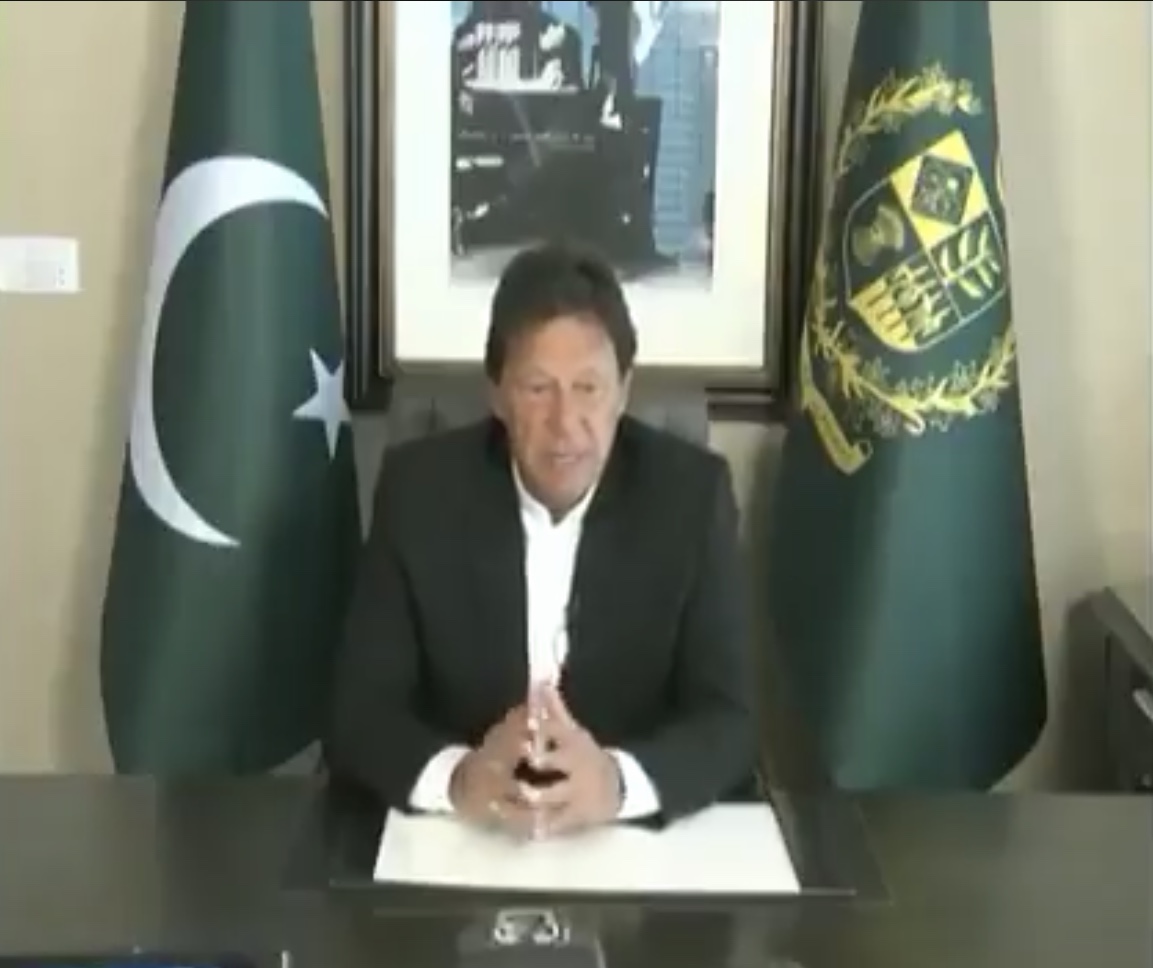 ISLMABAD/WASHINGTON DC: Prime Minister of Pakistan Imran Khan, while addressing the nation once again extended dialogue offer to India and said that wars are easy to start but the end is always unknown. While acknowledging hitting targets in India, Imran Khan said that after what India did to Pakistan yesterday by entering Pakistani territory and dropping bombs inside Pakistan, any sovereign nation would retaliate to protect its motherland.

With reference to Pakistan Airforce hitting targets in India earlier today Prime Minister Imran Khan said Pakistan Airforce entered Indian territory after Indian aircrafts first targeted Pakistan yesterday. He also said that Pakistan aircrafts did not kill any India solider or citizen because Pakistan believes in peace and that Pakistan purpose for this attack was to show India that it is capable and determined when it comes down to the protecting every inch of the country.

Imran Khan said that he shares sympathies with those who lost their lives in India after the Pulwara incident and is well aware of such sufferings because Pakistan has been seeing such sufferings since last fifteen years.

Imran said that after Pulwara incident in India he was expecting some severe reaction from India and therefore he had warned India not to blame Pakistan for the said incident without any proof. Imran Khan said that in his earlier speech he had asked the Indian government to provide evidence of any Pakistani individual or organization involved in the Pulwara incident and if the evidence was correct his government would take strict action against them. At the same he said that in his last speech he had also warned India that if any one sided action was taken by India against Pakistan, his country would react and retaliate.

Imran Khan once again offered India to sit on the negotiation table and resolve issues through peaceful negotiations and avoid further confrontation and war hysteria.