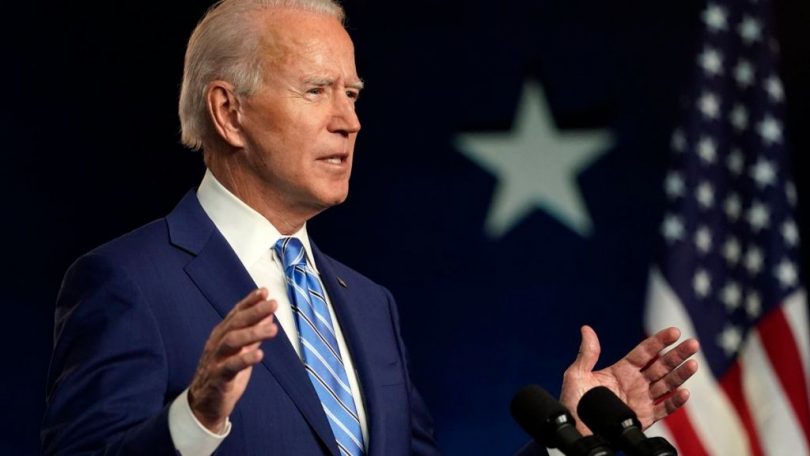 Washington DC: Democratic leader and expected next US President Joe Biden as asked Americans to be united and that he will be President of the entire country instead of just the Democrats.

Joe Biden, till filing of this report only six seats short of winning the presidential election.
President Donald Trump on the other hand has already challenged the election results in several states and is hoping that the recount would take place in these states.

Lawyers are of the opinion that courts will not allow the recounts because there are no legal grounds for doing such thing. The lawyers also said that the election staff did everything according to the law and if there was a difference of couple hundred votes then there would have been doubts, but the difference is in thousands.

Supporters of Joe Biden started pouring outside the White House earning in the evening and DC police along with Secret Service Police had cordoned off all the roads leading to the White House.

When asked an official of DC Police about the expected violence or riots taking place outside the White House, he said that there wad nothing to worry about such things.

International media correspondents from several countries had set up their cameras outside the White House on 16th street North West whereas people were holding placards with slogans such as “Resist, Dump Trump, Get out Trump, Black Lives Matter, Respect” and many more.