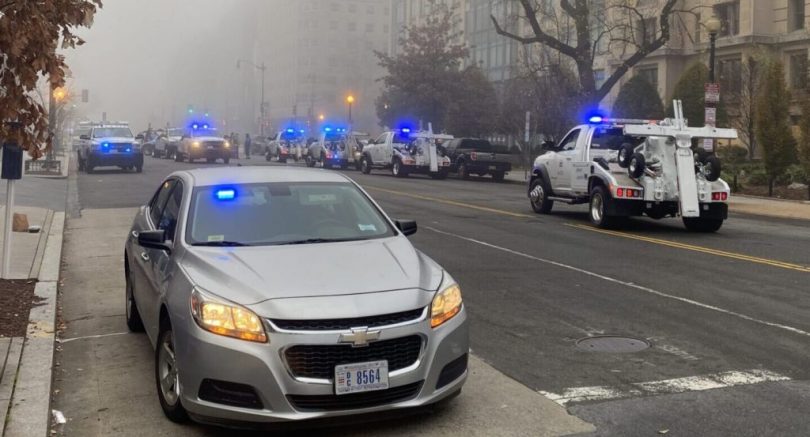 Washington DC: Heavy contingents of police and tow away trucks have been parked all around the White House as show down demonstration of President Trump supporters is taking place today.

Although President Trump appeals have been rejected by Supreme Court in several states declaring the elections results valid and in favor of President Elect Joe Biden, Trump still seems to be adamant that he deserve to be president even after the defeat in the US elections last month.

Police in Washington DC is hoping and praying that this demonstration does not turn violent but if in case it does, they are fully prepared to tackle it.

International journalists are keenly covering this demonstration since early morning because there are reports that heavy investment and planning is done by President Trump supporters to show their strength and support for the outdoing president.

Journalists are also taking keen interest in this event because first time in American history a serving president is seen accusing its own establishment of election fraud.

A journalist doing coverage for a Middle Eastern news media organization said that till President Trump is in White House, anything can happen anywhere in the world, including Middle East.

The Frontier Post will continue to cover this event all day and will be keep our readers informed about the happenings taking place.