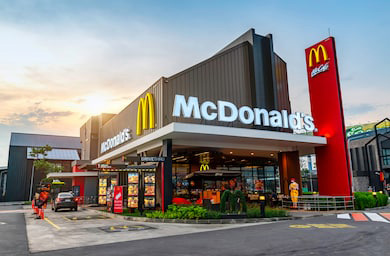 WASHINGTON DC : Fast food giant and American icon, McDonald raised the prices of some of its products despite the poor economical conditions in the country caused by the Corona virus. And McDonald did all this so quietly and fast that their own staff was caught off record.

The price of one of their most popular and sold item “small French fries” and their other most popular item “ice cream cone” has also gone up in its price.

A senior corporate executive while talking to The Frontier Post said that every company has the the right to choose their prices but there are ethic involved as well. He further said that “big companies should have big hearts as well.”

Another corporate communication executive said that big companies like McDonald should be at least considerate about the impact of Corona in America in particular.

An employee of McDonald while talking to The Frontier Post said that the few cents which McDonald has raised will earn million of dollars for the company.

A regular customer of McDonald while talking to The Frontier Post said that because Small Businesses have raised their prices all over America due to financial crises, and taking advantage of this trend McDonald probably decided to raise the prices of its two most popular products

The Frontier Post has always highlighted the unfair attitude of corporate sector risking its monetary benefits in shape of advertising, but the interest of public has always been the utmost first priority of this media group.