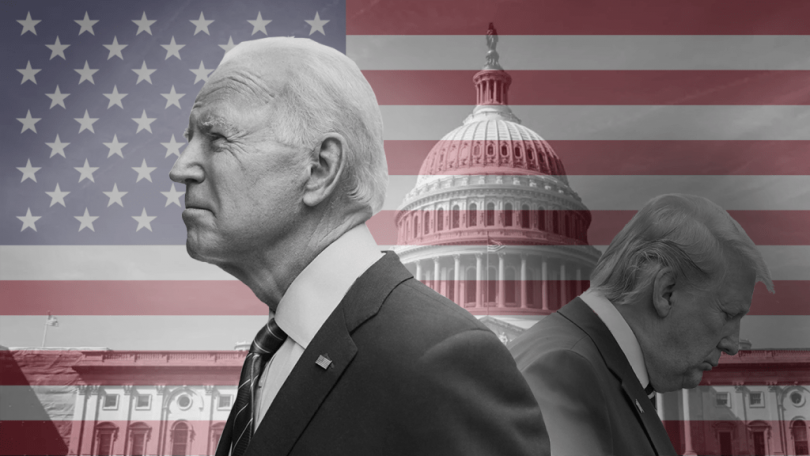 During last four years many times I prayed in my car in Washington DC because I was scared. It was not like this when I was in high school and college in the 90’s or even just four years ago.  I was able to pray freely where I wanted. Nobody ever told us that go back to India or Pakistan or wherever we came from. Insults, humiliation, disrespect and divisions were the most popular words since last four years. And I believe this is going to be the biggest challenge for President Joe Biden.

President Biden is being looked upon as a ray of hope and a fatherly figure. There is no doubt that America will come out of the economical challenges it is facing but the real challenge is the division and hatred being caused by former President Donald Trump. Nobody had thought Washington DC will be sealed for inauguration of the president. Nobody had thought that there will be such large military presence on the streets of Washington DC. And neither had anybody thought that the iconic Capital Hill will be filled with thugs and extremists. These were the terms used by my media colleagues for places like Afghanistan, Pakistan, India, Iran, Israel, Lebanon, Syria, Iraq and etc.

The senate hearing from last year is on record where almost every intelligence chief stated in their testimony that extremist groups within the country were the biggest threats America was facing. But obviously this threat was either ignored mistakenly or at the behest of somebody. Finding that somebody obviously is the job of the intelligence community. But, by looking at the things from close circuit and using my two decades experience in journalism I have come the conclusion that money was used to promote certain agenda and it was done at the highest level. When money is used at the highest even then those who are working at low level, gets caught Off Guard. On the other hand, when money is used at the low level, then those on the high level have time to adjust and maneuver. President Joe Biden must focus on home grown extremism.

President Joe Biden must give respect to the government officials whose morale has been down due to treatment meted out to them by billionaire casino bosses, like former President Donald Trump. How can you expect a casino owner to worry about the public service or the betterment of the public? The way senior level government officials were fired was a disgrace towards the system that American generations had taken years to build.

State Department which leads the US government foreign policy turned into shambles because foreign policy was treated like company business. Foreign policy is not just business. It was about the image of the country and the relations of one country with another. Allies are made through State Department and partnerships are increased. Former President Donald Trump made sure billionaires were sitting there as well and company business was looked after. America is not a company. Large states must have large hearts as well. Excellent Realtors like Jared Kushner can not necessarily make excellent foreign policies. It is made through senior diplomats. President Joe Biden has a big cliff to climb when it comes to the foreign policies of America. No doubt due to vast experience, he will climb this cliff but the sooner he does this it will be in the best interest of America.

Immigration policies in this country definitely needs to improve and President Biden is expected to take some positive steps in this regard. But at the moment immigrants needs hugs more than their green cards. The way immigrants were scared during these four years  was horrible. Nobody wishes to become an immigrant unless they have some problems. America should always be an immigrant friendly country because the very foundation of this country was built by immigrants from all over the world. That  is why I say America has the brightest brains from all over the world and that is why in the field of technology no country comes close to America. I don’t know how correct I am but I see America in service industry far more than the manufacturing industry in the 21st century. And I believe this because of the simple phenomena that China has much cheaper labor than America. And this same theory applies to Mexico as well. America should have great relations with its neighbors and no wall can separate two neighboring countries. At a time when nations are moving towards removing walls, former President Trump introduced the Wall, another sign of hate.

Media was termed as the enemy of the state by former President Trump. American media by far is one of the best in the world. America has the most unbiased  journalists who are more than PHD’s in almost every subject. To name those media groups who have been around for decades serving America and who are source of bread and butter for thousands of families were termed as fake news. What a disgrace. Media, which is considered as the fourth pillar of the state was humiliated by the leader of the very same country which always stood for freedom of expression and freedom of press.

Coming to the incident of January 6 at Capital Hill, I was personally there. I heard how former President Trump gave his speech and the tone he used. All I know is that everything was planned and it was obvious planned and financed by former President Trump. He loved his power and stature more than America. To him America and its citizens were far less important than the brand Trump. Now it’s the time that American institutes show the brand Trump its true identity and place.  President Joe Biden should focus on small issues which are related to humans and their feelings. President Joe Biden is correct when he says that it is time for “healing” now. President Joe Biden is the hope to heal for America.