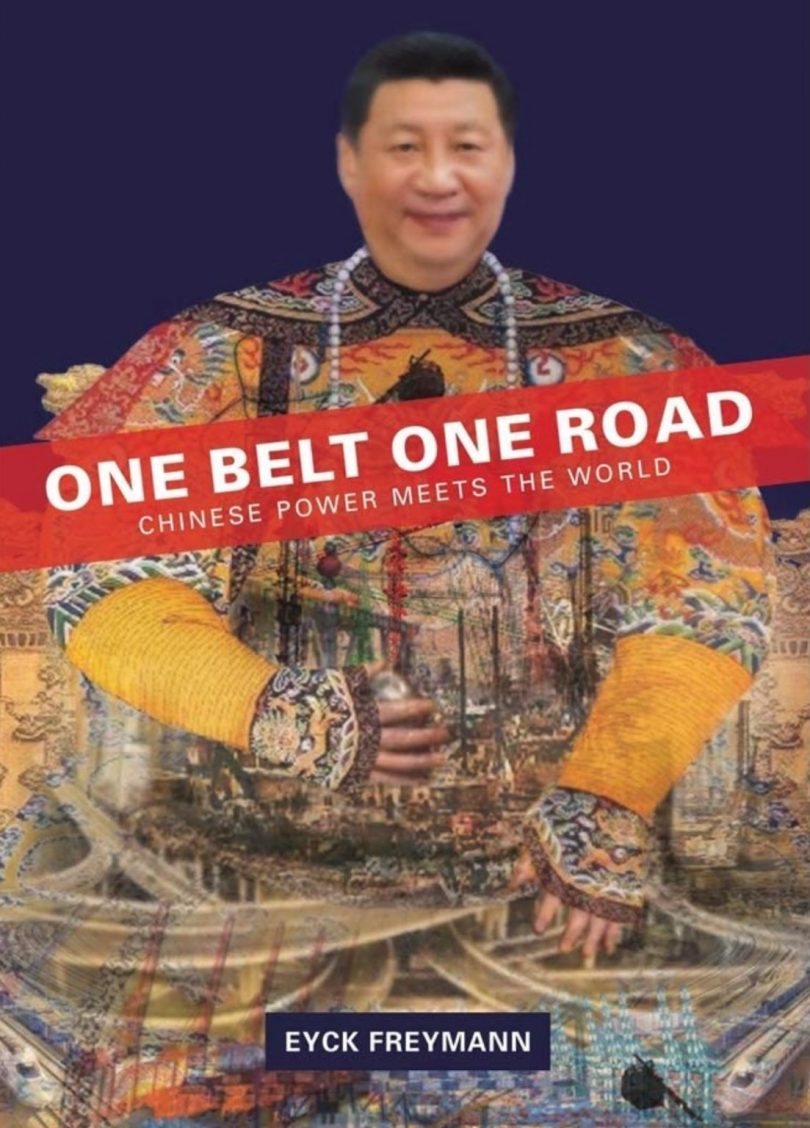 Washington DC: Eyck Freymann, author of his recent book “ One Belt One Road: Chinese Power Meets The World” refers to One Belt One Road ( OBOR) as a metaphor and terms it a vision of President Xi Jinping of China to put China in the driving seat of world economic giants, to monitor the outflow of wealth from China and to have a say in the domestic politics of every country where they plan to invest.

Eyck Freymann is  currently finishing his PhD from Oxford University in England and has specialization in Chinese studies.

Eyck Freymann in his interview with The Frontier Post stated that administration in America under former President Donald Trump gave a very negative impression of OBOR by calling it  “Debt Trap” and discouraging European allies and many other nations not in a to invest in the said project. “ Why should we force our allies and friends to choose between US and China” Eylk argued.

Referring to Xi Jinping, Eyck said that Xi Jinping after putting his opponents in jail, added the new Silk Route in constitution and that is how he managed  to be the president of China for life. “Xi Jinxing wanted the state to have the control over the outflow of money and he wanted to do it in a strategists  way” Eyck remarked.
While referring to China Pakistan Economic Corridor (CPEC) as the “trial balloon” of OBOR, Eyck said that in Pakistan, the Chinese were a little over ambitious and over extended in the beginning and many projects were started in an unorganized manner . He further said that since past three years China is in the damage control mode in Pakistan.

“Now China does not want to just doll out money, they want to do it in calculated way” Eyck Freymann remarked while discussing the current projects underway by China in Pakistan.

While discussing why the details of CPEC are kept secret, Eyck said that it is probably kept secret because “it will effect domestic politics in Pakistan and maybe keeping it secret is beneficial for the Sharifs, the Zardaris, the Khan and the military.”
While discussing China and US ties, Eyck said that former President Donald Trump should not have used the term predatory for OBOR because this worried President Xi Jinping. “Then America raised the Uighur Muslims issue, then India puts restrictions on Chinese investments and finally the Corona slowed down the pace of OBOR”, Eyck added. He further said that Trump made many countries feel that they had to choose between the “Love of America” and the “Love of China” and this was not the right decision by America.

Eyck Freymann advised the new administration in America under President Joe Biden not to make OBOR a geo political issue otherwise it will help China, Russia and Iran to become one and that will not the in the interest of the United States.
Regarding Russia Eyck Freyman said that Russia is concerned about the OBOR role in Central Asia because they know China wants to steal Central Asia from them but China also knows that with out the consent of Russia they can not build the Silk Road/OBOR.

While discussing Digital part of OBOR, young and brilliant minded Eyck Freyman said that “Digital Silk Road is a separate benefit for China, it was not that important in 2017 but now It is.” Eyck informed that China is working on laying Fiber Optic, Under Sea Cable, creating Digital Currency and Pay systems, helping technology companies and wants to be the leader in 21st century digital economy as well.
While discussing the importance of accountability in economy and business, Eyck Freyman said that “there is no accountability in China especially if you are chinese and that is always the main concern of international businesses in China.”
While writing his book, Eyck Freymann said that he kept all the ethical considerations in mind and quoted everyone correctly without putting their lives in danger. “ Many countries where I travelled are not safe for journalists therefore I quoted things without naming them.”

Eyck thanked  Harvard University  for funding his project of writing this amazing book “One Belt One Road: Chinese Power Meets The World”. Eyck has certainly brought a fresh and positive view about OBOR.