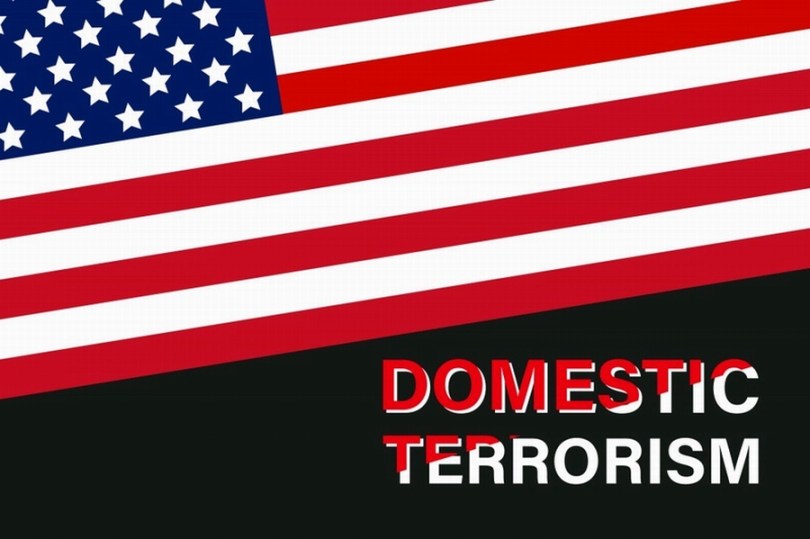 I have watched Terrorism by living in one of the world’s most hit terrorist spot, Peshawar, in Pakistan. One thing I have learnt in my last twenty years while watching terrorism is that terrorism knows no country, religion, creed or color. It is a mindset led by certain believes and ideologies. And the only way to deal with these kind of people is to first educate them and secondly to eliminate them from society by putting the bad ones in prisons.

And I believe that all the above mentioned have some sort of Terrorism related Cell in their body. And when these kind of individuals fall in wrong hands then they become threat to our society and our dear ones.

The sad incident of ramming police officers with a car in Washington DC is not only sad but it is also very alarming that Terrorism can happen at the heart of Democracy, in Washington DC. I don’t know the motive of the Terrorist killed by the Capitol Police but I do know that one brave police officer sacrificed his life for his country. Several incidents of Terrorism have taken place in America since last couple of months. And sour relations with China has given birth to crimes against Asians (Chinese). The best way to manage this situation is to educate the masses. Concept of equality needs to be highlighted and communities on county level needs to interact with each other and give each other the feeling and message that they are all equal as humans.

This suggestion of Educating the masses might seem silly and useless to many but it will really help the counties to spread the message across the country and gain some important data about the residents of different communities and counties. Modern day Terrorism can only be dealt with through community work. This concept of not knowing your neighbor is not correct anymore. Nothing beside few very personal things are personal anymore. And after all efforts are made for the correction and education of the mindset, there will be those who will prefer monetary benefits or some other benefits over the benefit of the country. For those kind of people, there is no other solution but to put them in jails like the Guantanamo Bay Prison. It should also be ensured that the hearings of these individuals don’t take place for at least two decades.

Trump did add fuel to this mentality of Supremacy and the worst part is that he did it just for political gains. And while doing this many more monsters were born and they all called Donald Trump their daddy. I mean to say Terrorists of different kinds were born while Trump was trying to save his Presidency. Those who know former President Donald Trump well are aware that he has hundreds of Muslim employees and even friends and partners but he often used the terms “Islamic Terrorism” just to gain political mileage. And the point of concern is that President Trump increased the number Domestic Terrorists in the country.

Corona has also made things worse for America. In cities like Washington DC crime rate has gone up 300 percent. Economic woes combined with psychological issues and having abundance of ammunition is not the ideal situation for America and it’s law enforcement agencies. Guns are in many wrong hands in America and a permanent solution is urgently needed with regard to gun laws.

Terrorists easy access to weapons is making the job more difficult for the law enforcement agencies.

President Joe Biden needs to focus more on domestic issues rather than foreign and he must remember the words of his first speech after taking oath as the president. Those words were about healing. Domestic Terrorism has created wounds in America which needs to be healed soon otherwise these wounds can prove fatal.

Domestic Terrorism of any sort must be stopped on urgent basis in America before it gets too late.