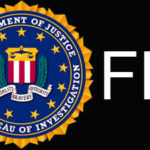 Jalil Afridi
Washington DC: Assistant Director of International Operations Division, Federal Bureau of Investigation ( FBI), George Piro while briefing the foreign journalists said that FBI is aware of the horrific murder of Zainab in Pakistani city Kasur last year. He said that sexual crimes against children has zero tolerance in America and that the FBI has a special wing which looks after such crimes.
George Piro further said that if Pakistan had asked for technical support with regard with regard to Zainab murder case then FBI would have certainly provided such assistance and would have provided techniques that would have helped to prevent such incidence.
He further said that there are FBI agents in both Pakistan and Afghanistan and they are actively involved with both the governments in tackling terrorism related cases.
With regard to Darkweb, which is not yet a very known term in many counties around the world, Piro said that both terrorists and criminals use the Darkweb to accomplish their heinous motives and it is the Darkweb which the FBI is focusing the most on around the world to catch these criminals and terrorists. He said that FBI has more than six hundred agents around the world who help protect the interests of America.

« Aizaz urges US administration to stop India from brutalities in Kashmir
Kashmir to be part of Pakistan: Qureshi »