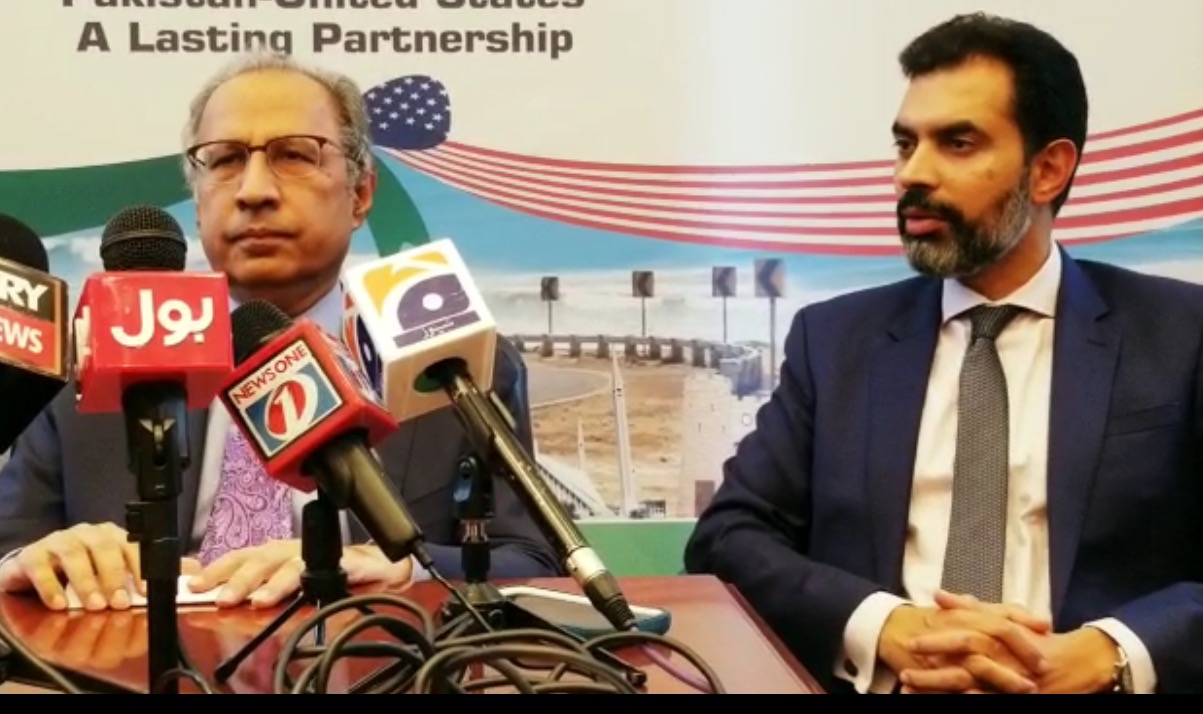 Jalil Afridi
Washington DC: Advisor to the Prime Minister of Pakistan on Finance, Revenue and Economic growth, Dr Hafeez Sheikh assured that the economy of Pakistan is growing and that financial institutes are being strengthened.
Hafeez Sheikh along with Governor State Bank of Pakistan, Reza Baqir briefed journalists at Pakistan Embassy about their recent visit to Washington DC and said that they were in Washington DC to attend annual meeting of the World Bank.
Hafeez Sheikh said that his delegation had met heads of the World Bank, IMF and Asian Development Bank. He further said that the IMF delegation will be visiting Pakistan next week and was hopeful that IMF will be happy with the progress Pakistan has made in the last few months.
Hafeez Sheikh in response to a question said that Prime Minister Imran Khan had inherited an economy which was in very bad shape but in short span of time his government has decreased government expenditures, increased exports, reduced the current account deficit, increased tax net from 1.9 million to 2.8 million and has strengthened financial institutes such as Federal Board of Revenue and State Bank of Pakistan.
In reply to a question regarding FATF, the financial wizard of Pakistan, Hafeez Sheikh said that Pakistan was continuously trying its level best to fulfill all those requirements demanded by FATF and was hopeful that soon Pakistan will back to the White List instead of being in the Grey List.
Hafeez Sheikh while counting other achievements of the Iman Khan government said that exporters are being given incentives so that inflow of dollars can be increased. He also said Foreign Direct Investment in the country from last September to this September increased from 185 million to 380 million Dollars. In reply to a query by The Frontier Post, Hafeez Sheikh did agree that the 380 million dollars did include the 250 million Dollars deposited by mobile giant Telenor for the renewal of its license.
Hafiz Sheikh praised efforts of Prime Minister Imran Khan for allocating large sums of amounts for the poor population of the country and for providing them low cost health, education and residences.