US mulls Russian support against Syria 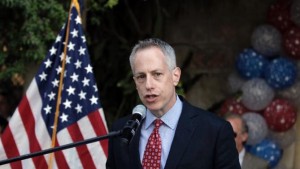 Washington, D.C.:  In a bid to gain support against Bashar Ul Assad regime in Syria, the U.S. Special Envoy for Syria Michael Ratney visited Moscow yesterday for consultations with Russian officials on the ongoing conflict in Syria. These consultations came at the time when US administration decided that instead of using military power to dismantle Assad rule in Syria they would rather use the political channels. It is pertinent to mention here that Moscow had recently been giving statements in favor of Bashar Al Assad and that is why America felt the need to send its special envoy to Moscow.

These meetings in Moscow are part of consultations to follow up on Secretary Kerry’s recent discussions with Russian Foreign Minister Lavrov in Doha and Kuala Lumpur, as well as ongoing efforts to support the Syrian opposition and to work toward greater convergence of views among both foreign governments and the Syrians themselves on a political transition in Syria and the defeat of extremists.

The United States seems strongly committed to achieving a genuine, negotiated political transition away from Bashar al-Assad that brings an end to the violence and leads to a future that fulfills Syrians’ aspirations for freedom and dignity.

The U.S. believes that Assad has proven through his brutal and repressive tactics that he has lost all legitimacy, and he must go as part of a genuine political transition.

The United States continues to lead international efforts to defeat ISIL in both Syria and Iraq. According to US officials, they are cognizant that Assad’s continued tenure fuels extremism and inflames tensions in the region and this is why they believe America believes that a political transition is not only necessary for the good of the people of Syria, but an important part of the fight to defeat the extremists.