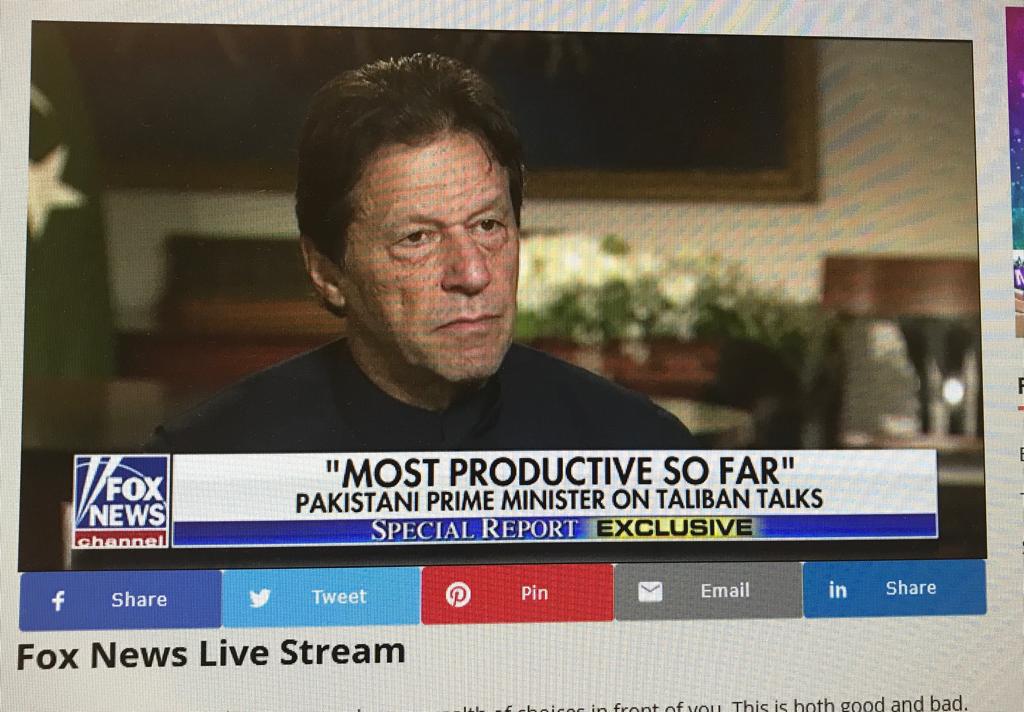 Washington DC: Pakistani Prime Minister Imran Khan during his interview to Fox News said that Pakistan would agree to denuclearization if India also agrees to the condition.

In reply to a question about the release of Dr Shakil Afridi, Imran Khan said that Pakistan could do such a spat with America if Dr Afia Siddique is also release from US detention. Imran Khan further said that Pakistan felt betrayed as an ally when US came into Pakistan and killed Osama Bin Laden. “ It was Pakistan premier intelligence agency which had provided information to the US spy agency CIA about the location of Osama Bin Laden” Imran added.

Pakistani Prime Minister further said that his meeting with President Trump went very well and that he feels very strong that relations between the two counties have been “reset.” In reply to a question about Afghanistan, Imran Khan said that Taliban should be brought into main stream politics after next elections in Afghanistan otherwise there is strong possibility that Daesh/ISIS gain strong footing in Afghanistan. Imran Khan once again assured of full cooperation with regard to keeping Taliban on the negotiations table.

With regard to a question about Iran and Pakistan’s support in case of aggression between the US and Iran, Imran Khan did agree to Pakistan’s cooperation in a subtle manner but he hoped that US and Iran should solve their issues through dialogue as it will be harmful for many countries including Pakistan, Dubai, Afghanistan and Saudi Arabia.