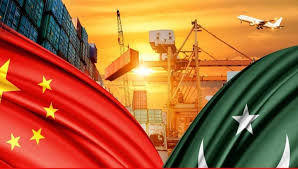 WASHINGTON DC: According to a source based in China, it has been learnt that China has discretely told Pakistan that it will increase the size of its carrot meaning it’s investment in Pakistan in days to come.

China, which stopped spending money left and right in Pakistan, due to reported corruption both in China and Pakistan has now again decided to boost the morale of Pakistan in the existing international scenario by offering large investments and loans.

China in exchange for this increased investment has asked Pakistan to take a bold stand with regard to its policies with the United States.

Foreign Minister of Pakistan, Shah Mahmood Qureshi’s recent statement that Pakistan will not give any new bases to the United States was not able to satisfy China.

Pakistan on the other hand is still weighing its options in how to deal with both China and the United States, especially keeping in view the US withdrawal from Afghanistan. So far Pakistan has decided to wait till the last moment to see how things turn around in Afghanistan.