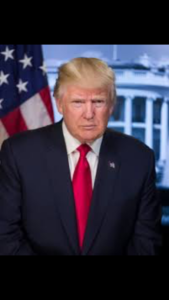 According to the US government heath departments, police departments from across the country and the American media outlets, almost sixty thousand US citizens died from drugs over doze in year 2016. Out of this figure, more than fifteen thousand American citizens died from Herion over doze and eighty five percent of Herion in America comes from Afghanistan. This means that seven hundred times more Americans have been killed in just one year by Herion in comparison to the US soldiers who have died in Afghanistan since 2001. The US government in last seventeen years has spent more than seven billion dollars on stopping Herion from Afghanistan whereas more than five billion US dollars every year are earned by mostly the Taliban in Afghanistan from this illicit and deadly drug. I was expecting President Trump to speak about Herion trade from Afghanistan in detail especially keeping in view that he mentions Opioids deaths in almost all his political rallies across the country.
Many journalists and observers like myself believe that the fight against Taliban can never be won unless the Herion producing crop, Poppy is not eliminated for good in Afghanistan. Five billion US dollars is a huge sum to land in the hands of Taliban each year. It is financial capability which empowers Taliban to buy sophisticated weapons each year which are then used against innocent Afghan citizens, Pakistanis and US military in Afghanistan.
India’s biggest concerns about not involving too heavily in Afghanistan with regard to trade is also because it does not want anymore Herion to land on its soil and no matter how much President Trump insist India to involve itself economically in Afghanistan, it will not do so because India is well aware that both Taliban and Herion can play devastating role in its existence. It is because of these two factors, Herion and Taliban that China has also kept round the clock strict vigilance with its border with Afghanistan.
Till this date not a single big drug dealer has been arrested in Afghanistan on charges of Herion smuggling, whereas there is no secret that former Afghan Defence Minister, Rashid Dostum has been declared one of the biggest Herion smugglers in the world. His name was also among the top smugglers of Herion in Drugs Enforcement Agency of America. The killing of the brother of former Afghan President, Hamid Karzai was widely believed to be due to Herion business as well. There are many other famous individuals of Afghanistan, who are also involved in this henious crime. These individuals not only roam around freely in fancy cars in Afghanistan but they also own big corporate franchise in Afghanistan.
President Trump did mention the corruption in Afghanistan during his first address to the nation but he failed to mention that corruption in Afghanistan was mostly done by the same individuals who are involved in Herion trade. Shouldn’t these drug dealers be called “thugs” and “loosers”.? These thugs and loosers are causing more deaths to American civilians than the American soldiers.
India can never replace Pakistan in Afghanistan and it is purely because of the common culture, language and religion that the citizens of both of these country share. Pakistan should not have any problem with India as long it invests in the development of Afghanistan but the ground reality is that India is involved in using Afghan soil for nefarious activities in Pakistan and many locals across the Durand Line between the two countries are aware of this reality. These activities of India are no longer hidden.
On the other hand, one can only wonder what Pakistan could gain by destabilizing Afghanistan. A prosperous and peaceful Afghanistan is of the most importance to Pakistan. Pakistan should remove each and every individual or group that is involved in attacks inside Afghanistan and in the long run it will prove to be most beneficial for the sovereignty and future of Pakistan.
American government along with Afghan authorities and Pakistan should work on a mechanism to cut those hands which provide financial backing to the terrorists, be it the Taliban or any other terrorists organization. The people of Pakistan and Afghanistan have suffered agonies beyond imagination since last seventeen years. It is time now that all of these three countries work with each other in cordial and meaningful dialogue process. And these dialogues should include the subject of removing poppy cultivation from Afghanistan. America should provide the latest technology and other means to combat the fight against Herion. This fight might mean a small thing to many but in long run it will be prove to be one of the greatest move to save the lives of the people of Pakistan, Afghanistan and the United States.